Despite several media agencies naming Joe Biden as the winner of the 2020 US presidential Elections, Rudy Giuliani, the former Mayor of New York and Trump’s lawyer has stated that the US President wouldn’t concede the election at this point and the race is “far from over,” alleging high level voter fraud which will be handled in the court.

Trump’s team has brought legal challenges in several states he would need to retake the election from Biden. 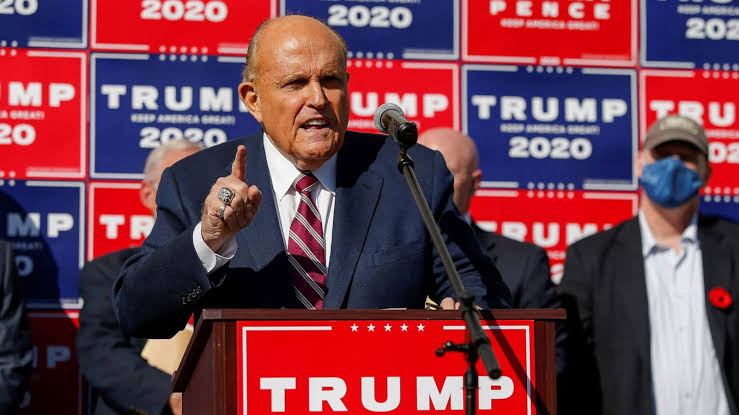 On November 3, election day, Trump had much more votes in battleground states than Biden, but since Trump’s lead began to slip in several battleground states as more mail-in ballots which favored Biden were counted, the president has claimed that the election was being “stolen” from him and has alleged massive fraud.

After Biden was declared the winner on Saturday November 7, Trump said in a statement, “We all know why Joe Biden is rushing to falsely pose as the winner, and why his media allies are trying so hard to help him: they don’t want the truth to be exposed. The simple fact is this election is far from over.” 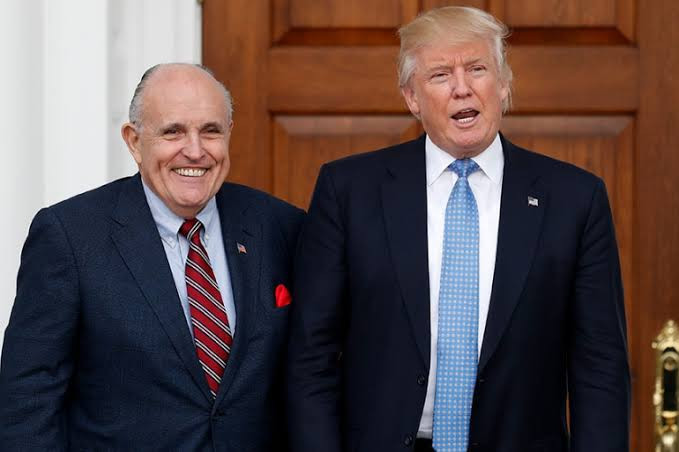 Rudy Guiliani speaking at a news conference in Philadelphia said;

“Obviously he’s not going to concede when at least 600,000 ballots are in question,” Giuliani claimed, shortly after the presidential race had been called in favor of President-elect Joe Biden.

Giuliani then claimed Republican poll watchers were not allowed to stand close enough to see if the ballots were legitimate or not.

He also alleged the same type of mail-in ballot fraud occurred in Wisconsin, Michigan, Nevada and Arizona, all states where Biden has been declared the winner.

“What it says to me is this is a concerted effort of the Democrat Party,” he claimed.

Giuliani then added Trump’s campaign would bring a second lawsuit in Pennsylvania, “and then we’re going to bring a federal lawsuit and we’re going to take a very good look at whether we bring this nationally. … Quite possibly, we’ll do a national lawsuit and really expose the corruption of the Democrat Party.”

Giuliani said he had never seen a candidate ahead by hundreds of thousands of votes only to watch their lead quickly slip away.

Guiliani’s statement comes after  sources close to President Trump told Fox News he plans to graciously concede and commit to a peaceful transfer of power if the campaign’s legal challenges fail to open up a path for a second term.

US Election: Another county in Georgia uncovers 2,700 missing votes during recount- Secretary of State’s office says

My friend Umahi wants to be President – Governor Wike

Nigeria : Quality Of Leadership From North, Disappointing And Embarrassing —AYCF