Christiane Amanpour, while reacting to Trump’s comments, recounted the last time she “covered” a President who “refused to accept the vote count.”

She tweeted: “A reflection on President Trump’s comments last night: The last President I covered who refused to accept the vote count in an election was Mahmoud Ahmadinejad in Iran, 2009.” 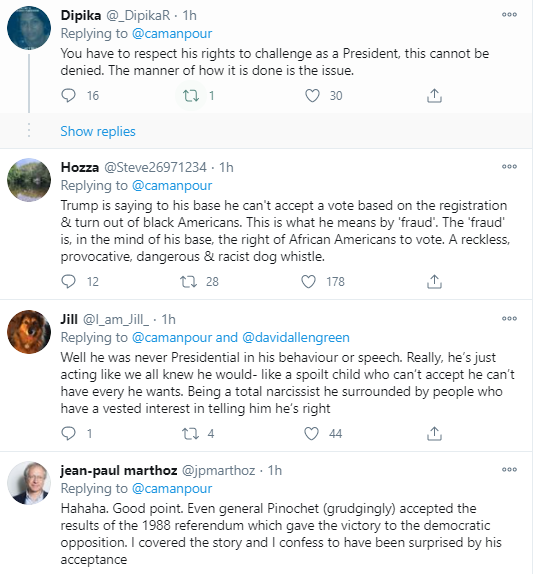 Edo: Why Obaseki should be impeached – Ex-Rep member, Karimi

‘Our dressing room is not happy’ – Jose Mourinho reacts after...

World’s first couple to legally get married via Zoom

Nigeria : ”I will kill you and nothing will happen” -NSCDC...