Prince Eke has released messages his ex-wife Muma Gee allegedly sent to him two years ago in a bid to clear his name and dispute the recent claims she made in the press.

Muma Gee had claimed in a recent interview that Prince Eke, with whom she has three children, woke up one morning and left the marriage (read here).

She also made other claims, including that she put her music career on hold to build her family.

However, Prince Eke has slammed her claims. He pointed out inconsistencies in her story and claimed this is because she is lying.

Countering allegations that she put her music career on hold for him, Prince said he sponsored her music career with his money while they were still married and recently loaned her money for her recent music project. He claimed she used the money he loaned her to organize interviews and slander him.

He accused her of spreading lies about him just to publicize her project.

He pointed out that years ago, Muma Gee claimed she left their marriage because he proposed to multiple women only for her to now start claiming that he is the one who left the marriage.

He added that he pays Muma Gee’s house rent and other bills and what he gets in return is her spreading lies about him. 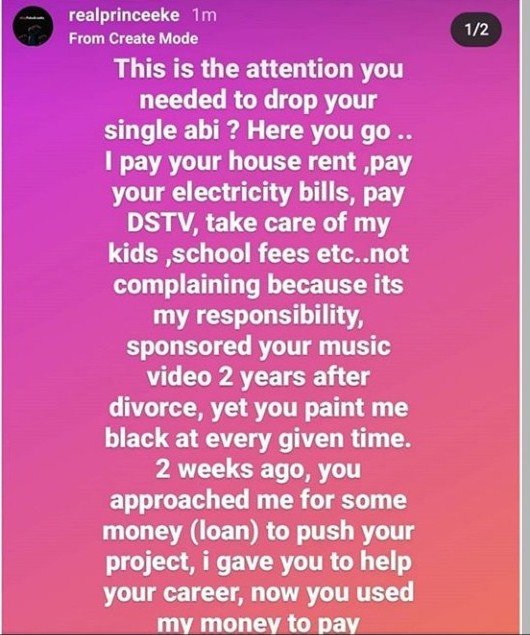 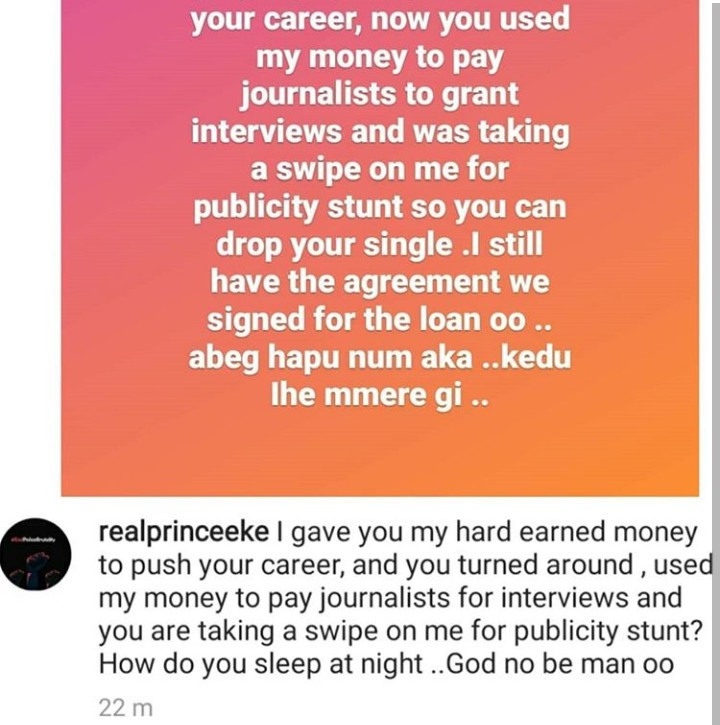 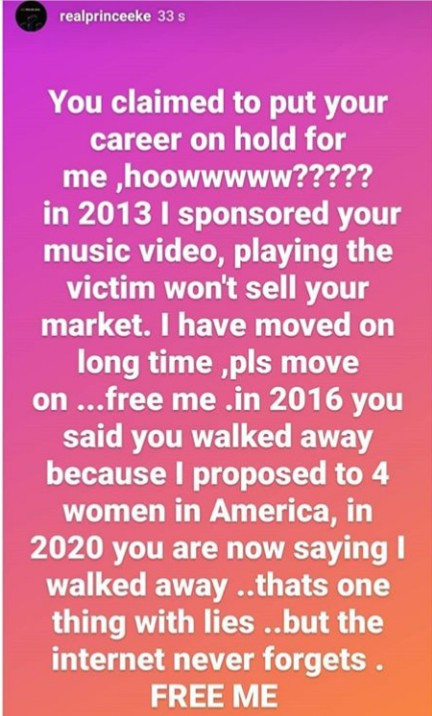 He also released a video showing the message she allegedly sent to him in January 2018, begging for his forgiveness, admitting to spoiling his public image just to spite him, and admitting he has always been a great father. 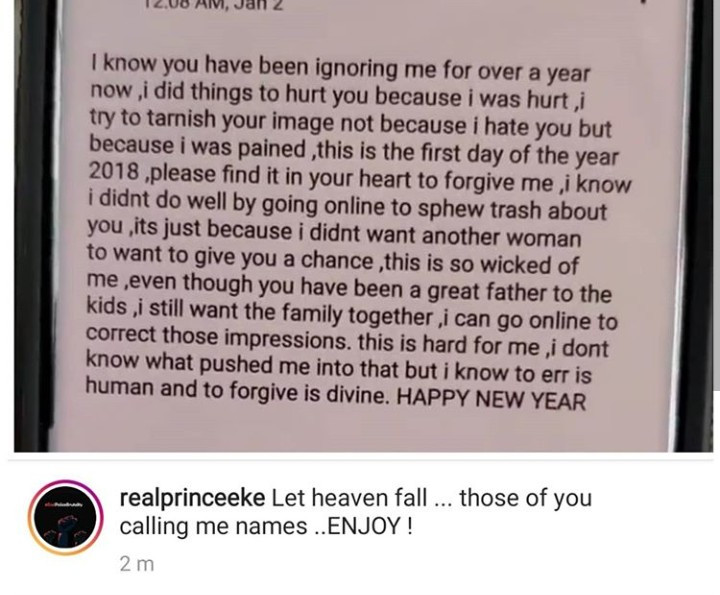 ”Welcome to next level”- Nigerians react to fresh increase in petrol...

Edo election : Obaseki vs. Ize Iyamu, How reliable is Osiomhole’s...