Sarah McBride has won a seat in the Delaware state Senate, making history by becoming the first openly transgender state senator in the United States.

She defeated her Republican opponent, Steven Washington, 73% to 27%, with all precincts reporting.

McBride tweeted after her win on Tuesday night: “I hope tonight shows an LGBTQ kid that our democracy is big enough for them, too.” 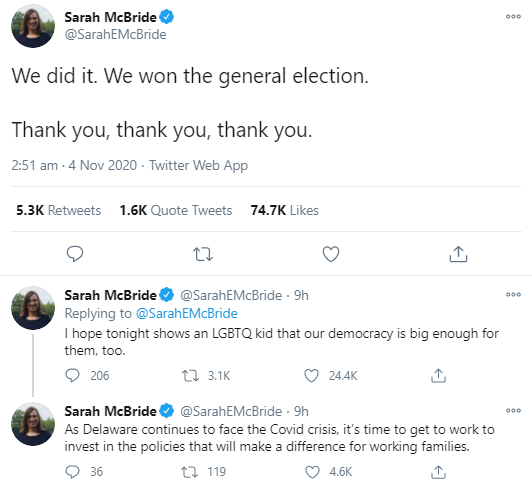 The Human Rights Campaign, for which McBride is a spokesperson, took to Twitter to congratulate her.

“We’re so proud of you for this historic win,” the group wrote. 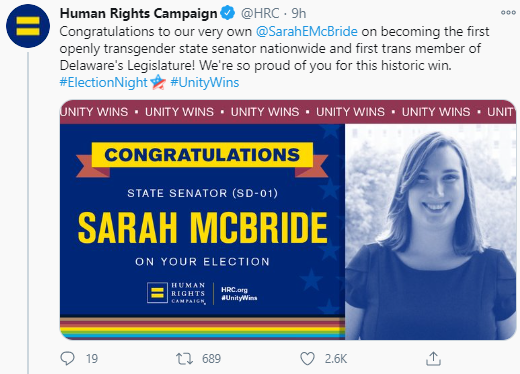 This is not the first time McBride has made history.

She interned with President Barack Obama’s administration in 2012, becoming the first openly transgender person to work at the White House.

Rivers State : Gunmen abduct lady on her way to...

Late Maradona’s alleged love-child demands his body be dug up for...

Mainland Hospital: ‘Lagos Govt directs us not to release bodies of...