A Nigerian living in the United States has been elected to the country’s Congress.

Adeoye Owolewa, 31, ran on the platform of the Democratic Party to represent Washington DC in the House of Representatives, and won, making him the first Nigerian to be elected to the United States Congress. 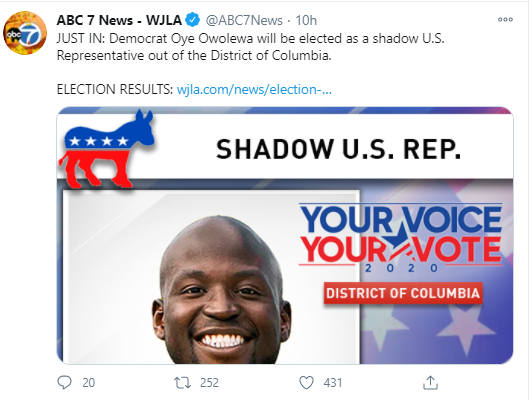 Oye Owolewa, whose father is from Kwara State and mother is from Oyo, is a PhD holder in Pharmacy from the Northeastern University, Boston,. 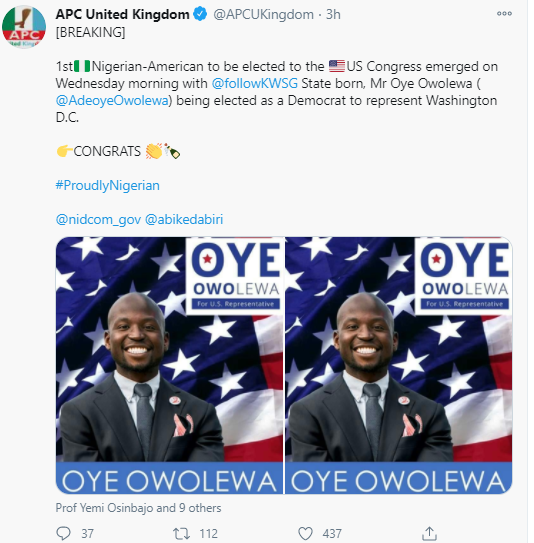 “Edo has become Syria;Obaseki is Assad, Wike is Putin, Baba is...