President Yoweri Museveni was on Monday, November 2, nominated by the Uganda Electoral Commission to contest in 2021 general election as he seeks to extend his rule to the fourth decade.

The 76-year-old president, who assumed power in 1986 following a five-year guerilla warfare, will be contesting for his sixth term. 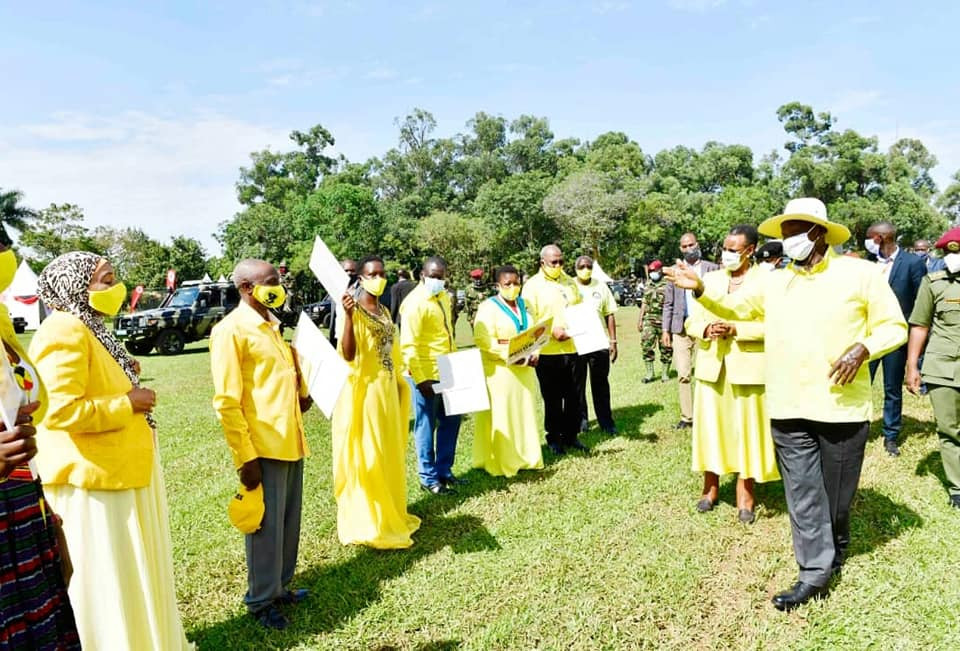 Museveni’s nomination was done amid tight security in and around Kampala city. Traffic on major routes around Kyambogo sports grounds was also diverted as Police warned against holding processions.

Security personnel were positioned at different points to ensure motorists and drivers don’t access the roads that were cordoned off.

After his nomination, the President called for peace and said anyone who “tries to cause chaos will be dealt with.”

“I have been duly nominated by the Electoral Commission as a candidate for the 2021 presidential election. I thank my nominators, the two young people, Nassur Gaddafi and Hellen Seku,” he said.

“I also thank the rest of my entourage led by the NRM vice-chairperson Al-Hajj Moses Kigongo and the Secretary General, Justine Lumumba. Special gratitude to our supporters in the districts who signed my endorsement forms.

“At this nomination, I would want to emphasise two points; measures against the Covid-19 pandemic and security.

Covid-19 is deadly and is killing our people. In recent days, among others, we lost an environment expert, Paul Mafabi, and my good friend, Francis Xavier Kitaka, the veterinary expert and entrepreneur.

Do not take this disease lightly. The talk that the villages are insulated from Covid-19 is false. Please follow all guidelines of health experts. Sanitize, wear masks and observe social distancing.

“Secondly, I encourage everybody to maintain peace. I hear talk that some people want to cause chaos. Those plans will not succeed. Anyone planning mischief will fail. No one should threaten Ugandans with chaos. I thank you and I will delve into details of our manifesto at the launch later”

Museveni will launch his 2021 to 2026 election manifesto of the promises he and his National Resistance Movement (NRM) party commit to do for Ugandans in the five years if he is reelected. 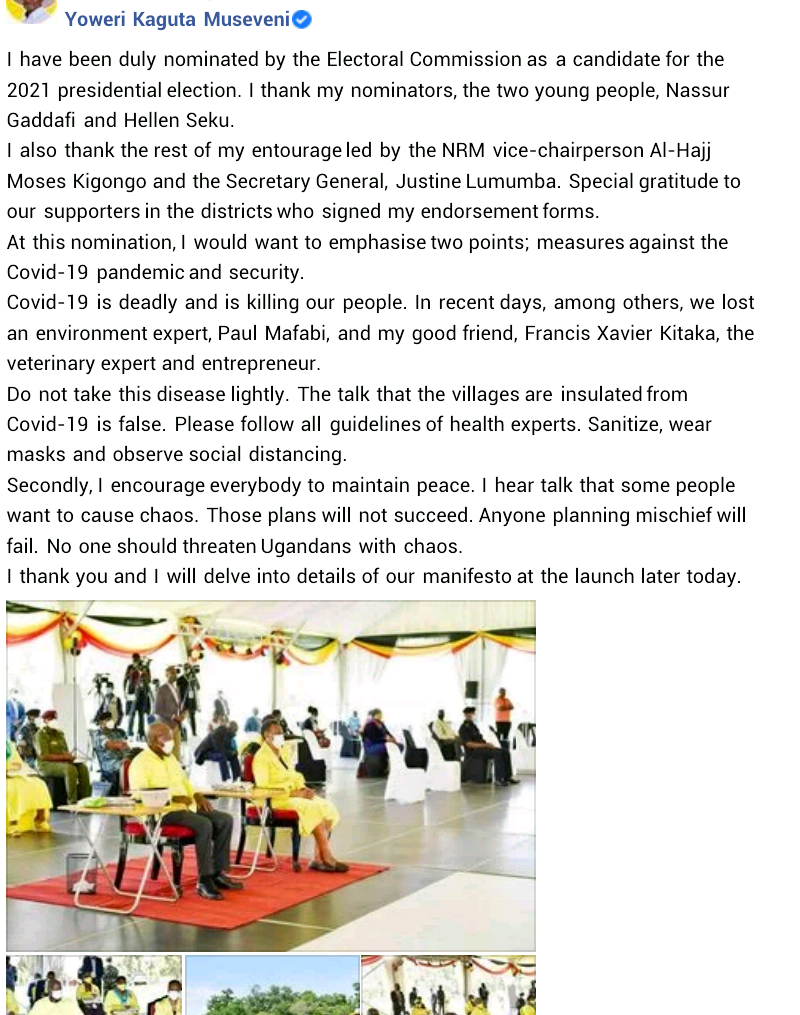 President Trump accuse Twitter of being ” out of control” ...

Mike Pompeo, the US Secretary of State, to be investigated for...

SGT Eze Aiwansone of the Nigerian Police Force, who shot his...

Gov. Obaseki disqualified as Screening Committee ‘could not ascertain the authenticity...