While the youth trooped into the streets to protest against police brutality in Nigeria, people living with disability were not missing in action.

For two weeks that the #EndSARS protests rocked Lagos state where it began, they joined the agitation for a better country where the youth can live their dreams without fear or intimidation.

With their blazing placards, they marched with the crowd — fearless and unrelenting.

MANSUR IBRAHIM captures some moments with these special people who decided not to sit back, despite their conditions, while their contemporaries campaigned for a new Nigeria.

From Majid Lasisi, who hawks face masks and handkerchiefs in traffic, to Madam Kofo, who sells recharge cards at the Lagos state secretariat, they had a common message that inspired them to join the protest — even if some of them had not been directly affected by police brutality, their loved ones have been victims. Hence, the fight became a collective one. 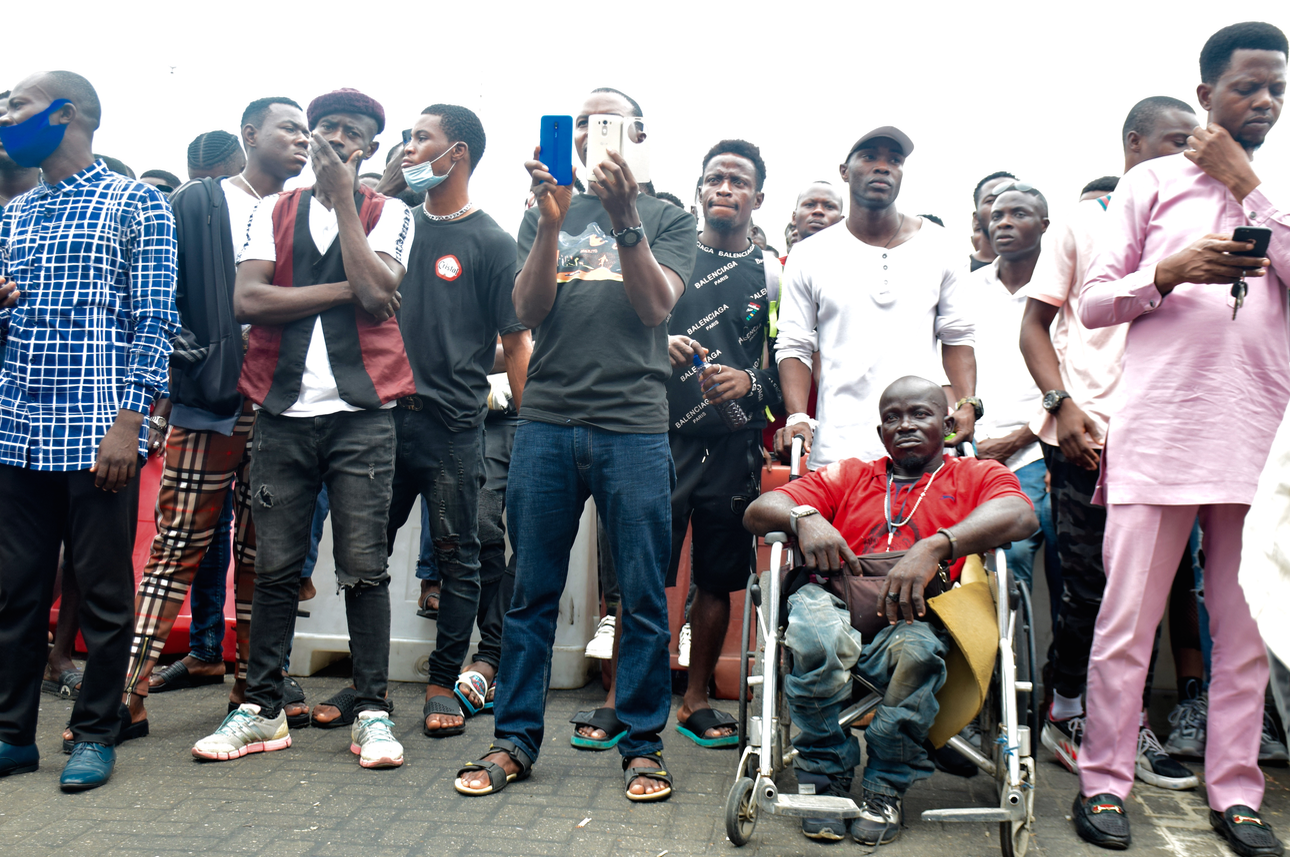 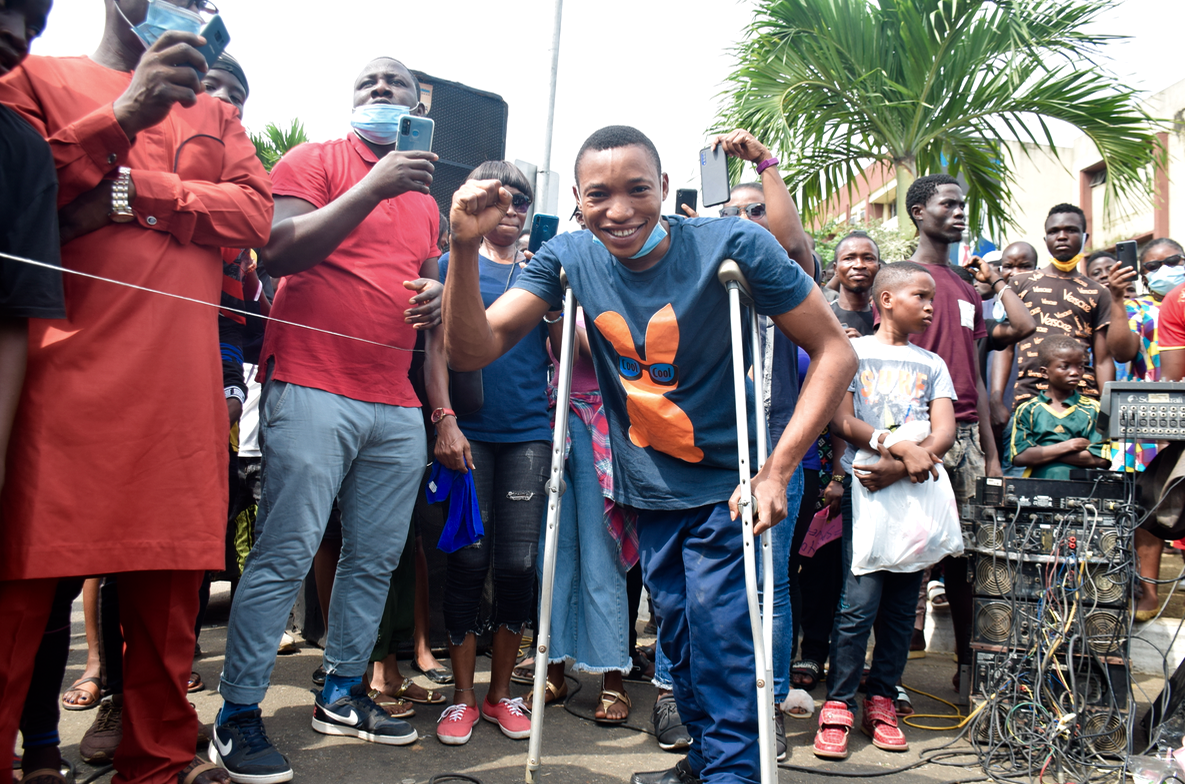 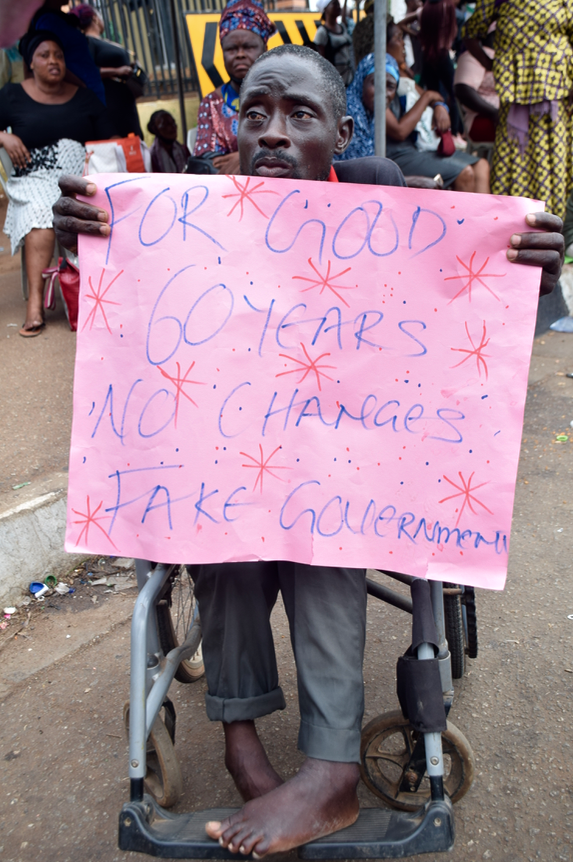 Lasisi’s friend holds up a placard, insisting that after 60 years, Nigeria should be better 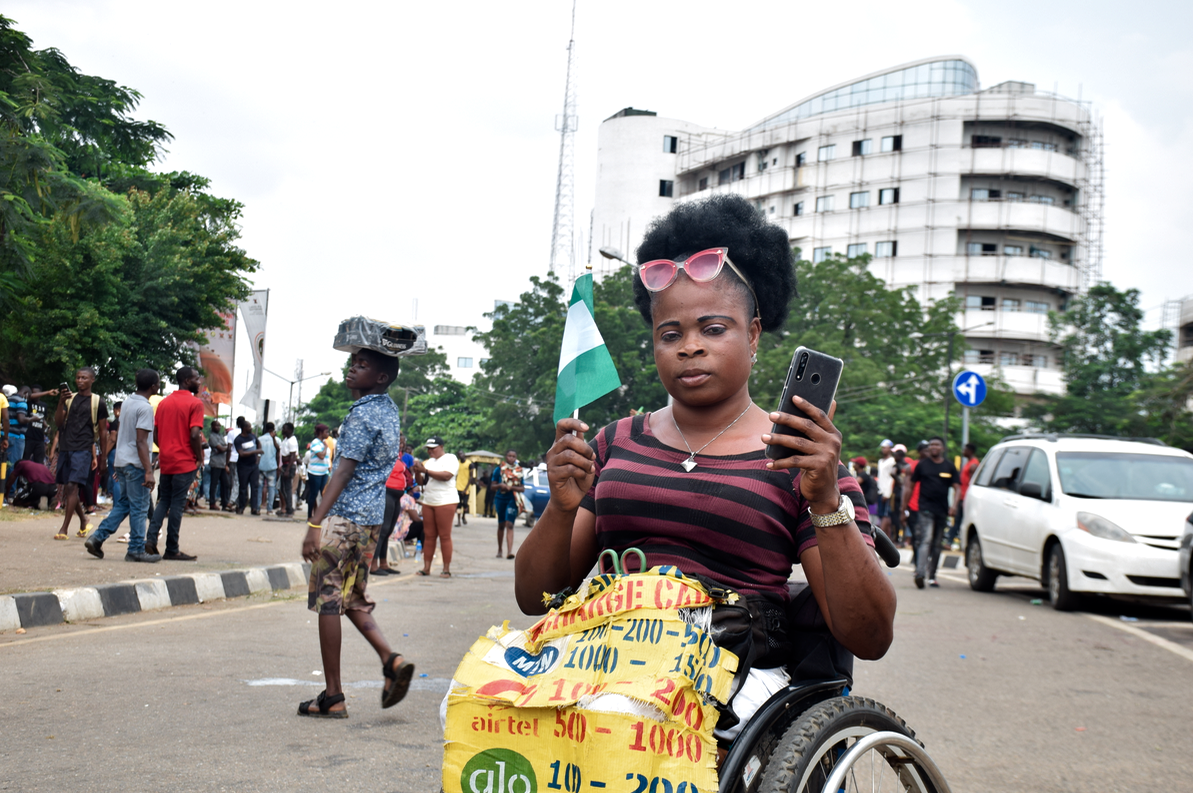 Madam Kofo, who sells airtime at Lagos state secretariat, said she’s at the protest to support the youth against police brutality 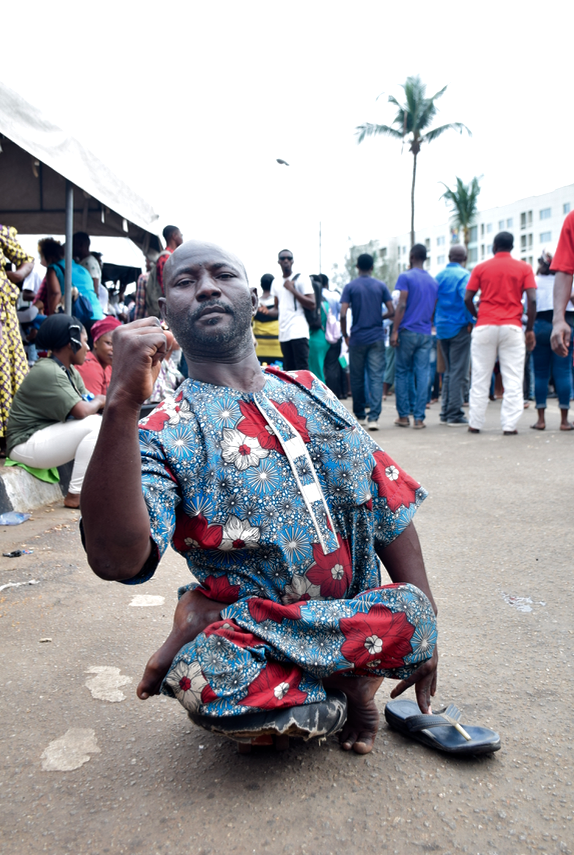 Majid Lasisi, a street hawker who sells facemarks and handkerchief, said he was at the Alausa protest ground to show support even though he’s not directly affected When Lasisi is not protesting, he’s on the streets of Lagos hawking facemasks 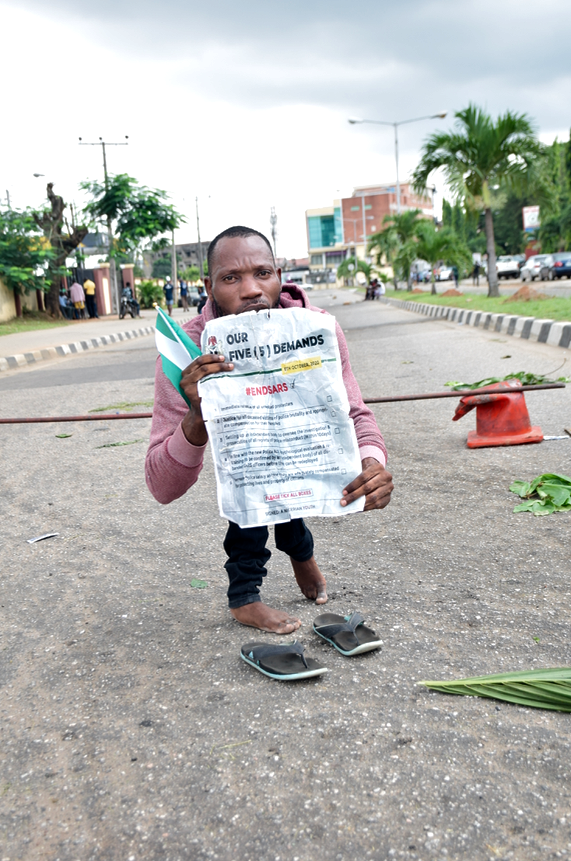 Sly, a tech businessman, said he came out to show support as most of his friends have been harassed and arrested by the disbanded SARS operatives just because of the way they dress 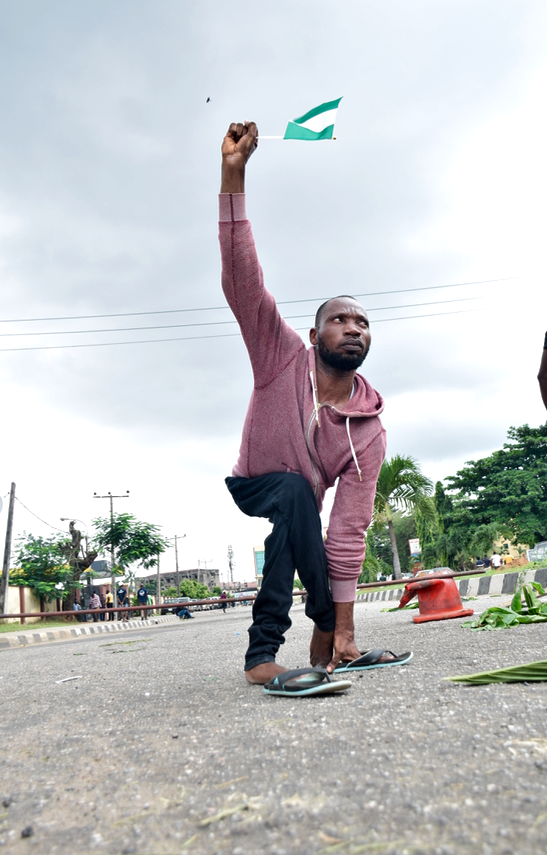 As Sly mounts a road block, he poses with a Nigerian flag 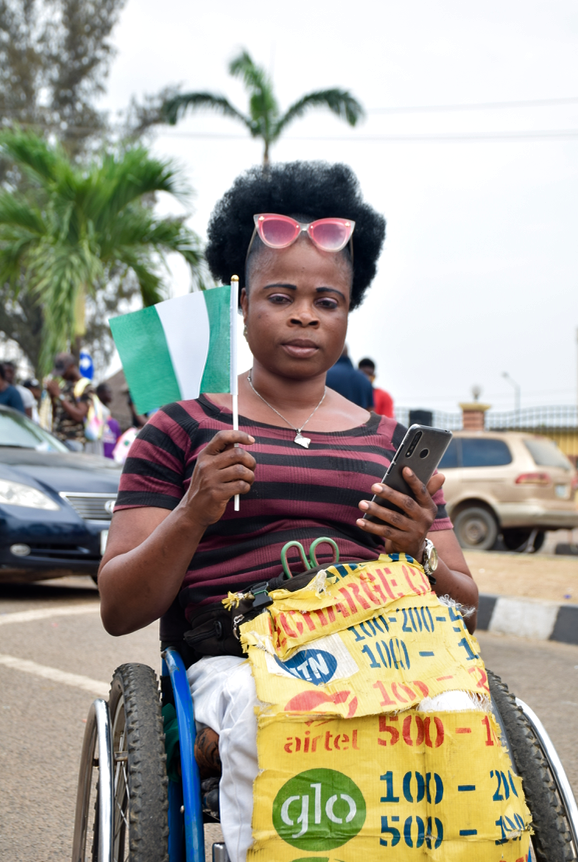 US Election: Another county in Georgia uncovers 2,700 missing votes during...

Lawlessness in Edo State as Roof Of Edo House Of Assembly...