Two men were pictured removing the security cameras at the Lekki tollgate just before gunshots were fired at End SARS protesters who have made the toll gate the epicentre of the protests.

A Twitter user shared photos of the men removing the security cameras to warn people.

He wrote: “Guys please I don’t know how to verify these men, dem just come the lekki toll gate and cut off the security cameras. Saying they are from the government, hmm.” 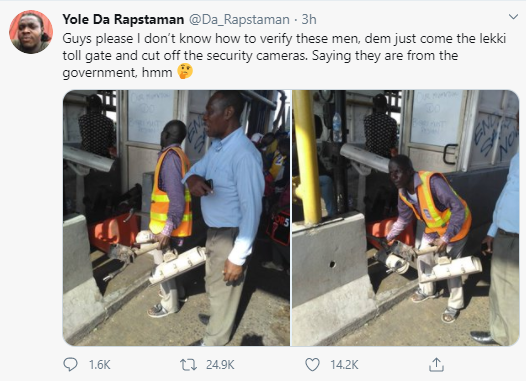 Twitter users were alarmed by this and warned that a crime was about to be committed that wasn’t meant to be caught on camera. 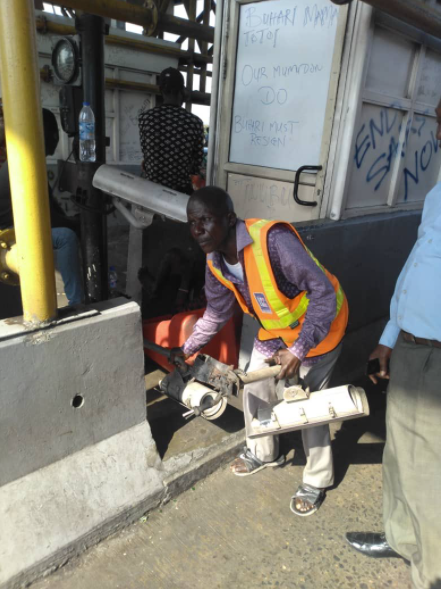 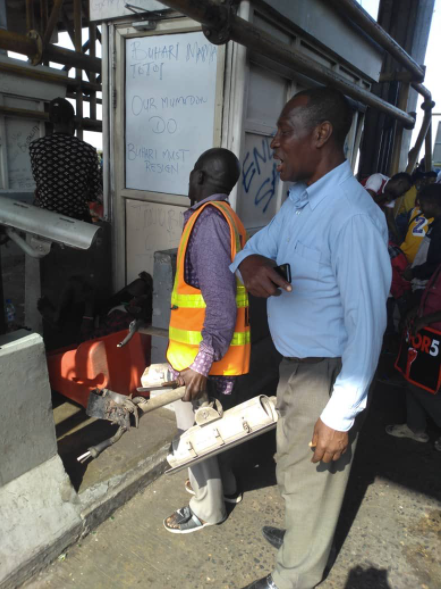 Unfortunately, not long after the photos were shared, the lights around the Lekki toll gate were put off and gunshots were fired at the End SARS protesters. 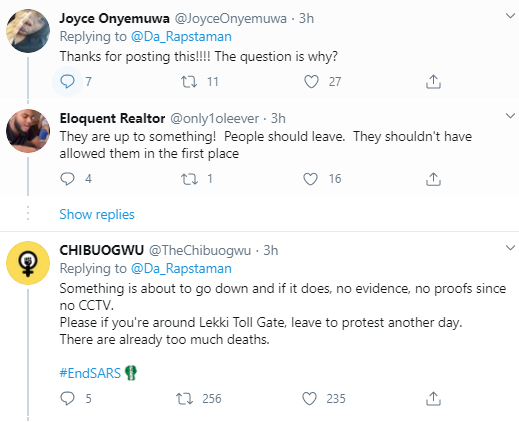 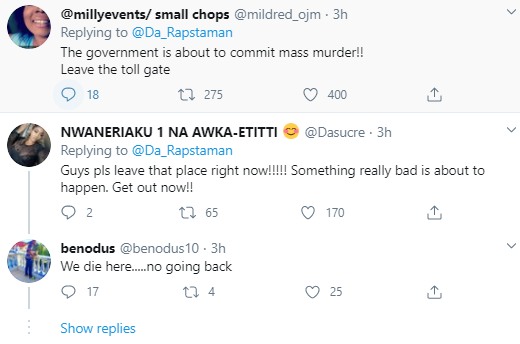 Recall that the Lagos State Governor today, October 20, imposed a curfew in Lagos state after days of protests calling for an end to police brutality in Nigeria. However, End SARS protesters stood their ground and refused to leave the protest ground.

Edo State : Oshiomhole has made several attempts to scuttle my...

‘I was framed up’ – Princewill Osareojiji, Wanted Rivers PDP Youth...

Oshiomhole’s masquerade will dance naked in the market – Saraki

UPDATE : NBA withdraws invitation to Governor El-Rufai as speaker in...