Some officials within the Nigerian Government are making frantic moves to replace Ali Silas Agara, a Christian nominated to take over as Chairman of National Population Commission, with a Muslim from Kano State, SaharaReporters has discovered.

Agara, who hails from Nassarawa State, was nominated by President Muhammadu Buhari to head the NPC

It was, however, gathered that Mr Kura Isa, a Muslim from Kano State, is being prepared to replace Agara.

“The positions to which appointments are to be made include the office of the Chairman from Nassarawa State, four new commissioners representing Sokoto, Kwara, Bauchi and the FCT, as well as the renewal of the appointment of two commissioners from Katsina and Lagos states,” the letter by the President reads partly.

However, since the first letter by President Buhari dated March 20, 2020, Agara is yet to be inaugurated as Chairman of NPC due to moves by some persons not contented with his nomination being a Christian.

A government source confirmed to SaharaReporters that Abdullahi Sule is among top Northern Muslims working against a Christian being appointed to head the commission.

It was also revealed that the name of Isa has been submitted to lead the commission.

“There is a plan to replace Agara with a Muslim, Kura Isa from Kano.

“Governor of Nassarawa and Chief of Staff told Buhari not to handover NPC to a Christian,” the source said.

The letter by the President also contained names of individuals, who will serve as members of the commission for five years as stipulated by federal character. 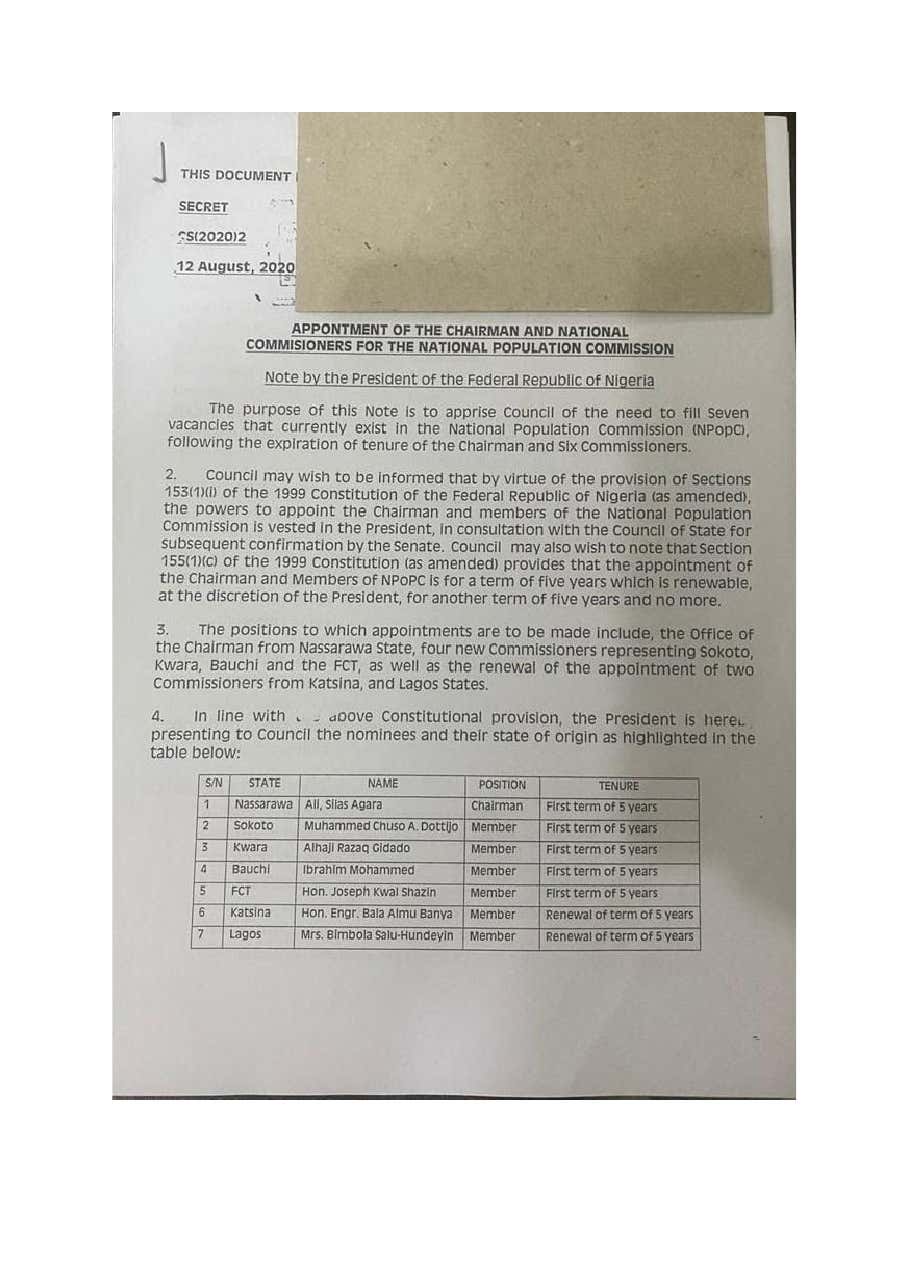 President Trump reacts as US Forces rescue American in Nigeria

Arinze Odira, Nigerian pilot set to wed his fiancee whom he...

Singer Oxlade reveals the effect of his brother being dragged on...

Tonye Clinton Jaja. sacked as the Chairman, Governing Board of the...