Police officers are on the look out for anyone with information about a set of goats that ‘hijacked a police car in broad daylight’.

In the words of the Isle of White, UK police officers, they are in the hunt for some badly behaved ‘kids’ who damaged their vehicle and are appealing for witnesses.

According to police, the goats were pictured standing on top the police vehicle near Newport on Wednesday afternoon August 19, as Police had been called to the area after an unexploded bomb from World War II was discovered. 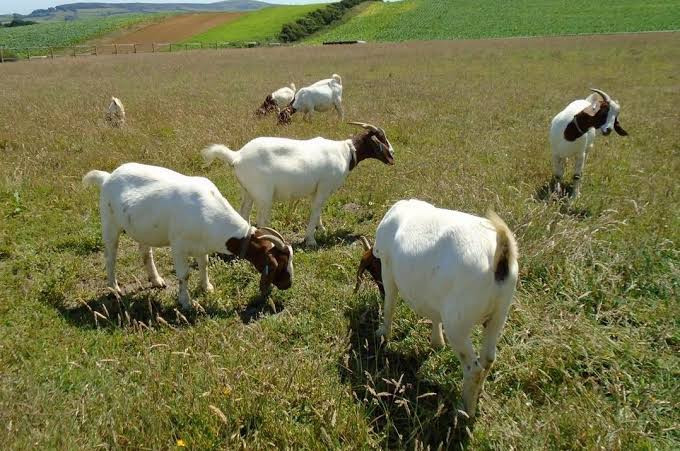 The officers, after detonating the bomb then returned to their car only to find their car damaged by the ‘hooligans’.

The police is now asking if anyone can recognize the goats from the picture.

A police statement published in the police department’s official Facebook page said: ‘In a field on the outskirts of Newport what turned out to be an unexploded mortar from the second world war was discovered that needed making safe.

‘Our colleagues from the Royal Navy Explosives Team came across and ‘made it safe’.

‘Unfortunately whilst there a couple of “kids” caused damage to one of our police vehicles. If you recognise the offenders from the photo please let us know…’ 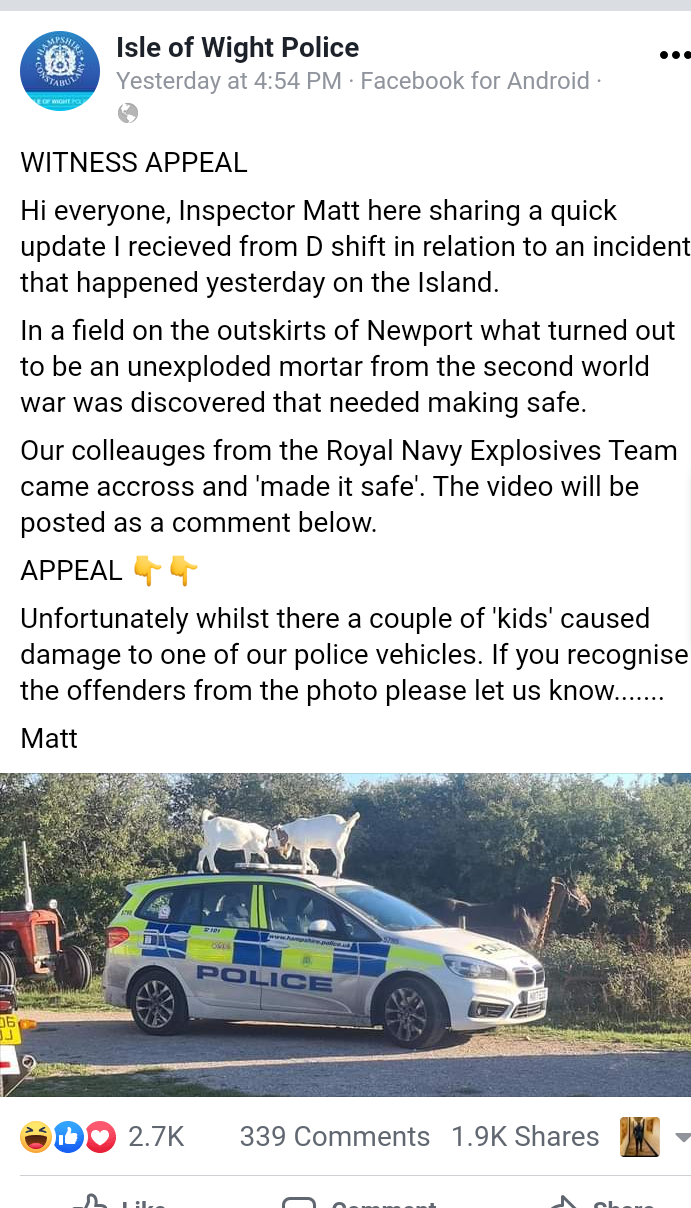