Nigerian journalist and activist, Agba Jalingo has been released by a Lagos court alongside other protesters who engaged in a #RevolutionNow protest in Ikeja area of the state on Wednesday August 5.

LIB reported earlier that the protesters were arrested shortly after arriving under-bridge area of Ikeja to protest the deplorable condition of the country, and taken to Area F Police Command in Lagos thereafter.

Constitutional Lawyer and Human Rights Activist, Inibehe Effiong who served an update on the arrest said the “Revolution Now protesters were discharged and freed in court.” He also shared photos of the freed protesters. 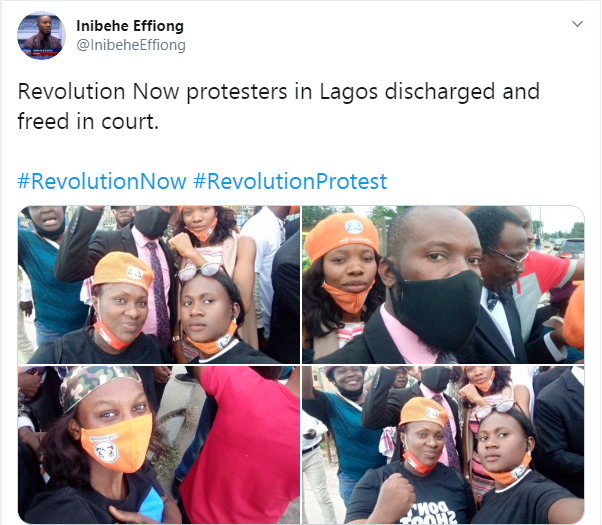 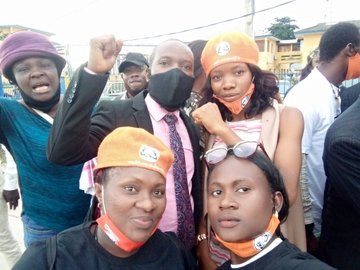 Nigerian police reacts as video of a Police Officer smoking...

Turkey reconverts another church into mosque amid US, EU, UN opposition

Jair Bolsonaro, Brazil’s president, threatens to punch a reporter in the...

How and why i killed Salau and Victoria Sims – ...

How A Nigerian Policeman, Inspector Ago Egharevba Allegedly Killed My Son...