The Secretary to the Ondo State Government, Ifedayo Abegunde, has resigned his appointment. He said his resignation takes effect today, Monday, July 6, 2020.

Abegunde is a close friend to the defected deputy governor of the state, Hon Agboola Ajayi.

According to him, it was through his power and that of some other APC pillars that made INEC to declare Akeredolu as governor after he had lost.

“Akeredolu didn’t win the election in 2016 but we made it possible for him to become governor. We were the pillars behind him and we will not support him again. He will lose this time around.”

Though there are reports that Abegunde will be defecting to the PDP like Ajayi, however he said he will be making his next move known in the next 24 hours.

See a copy of Abegunde’s resignation letter below 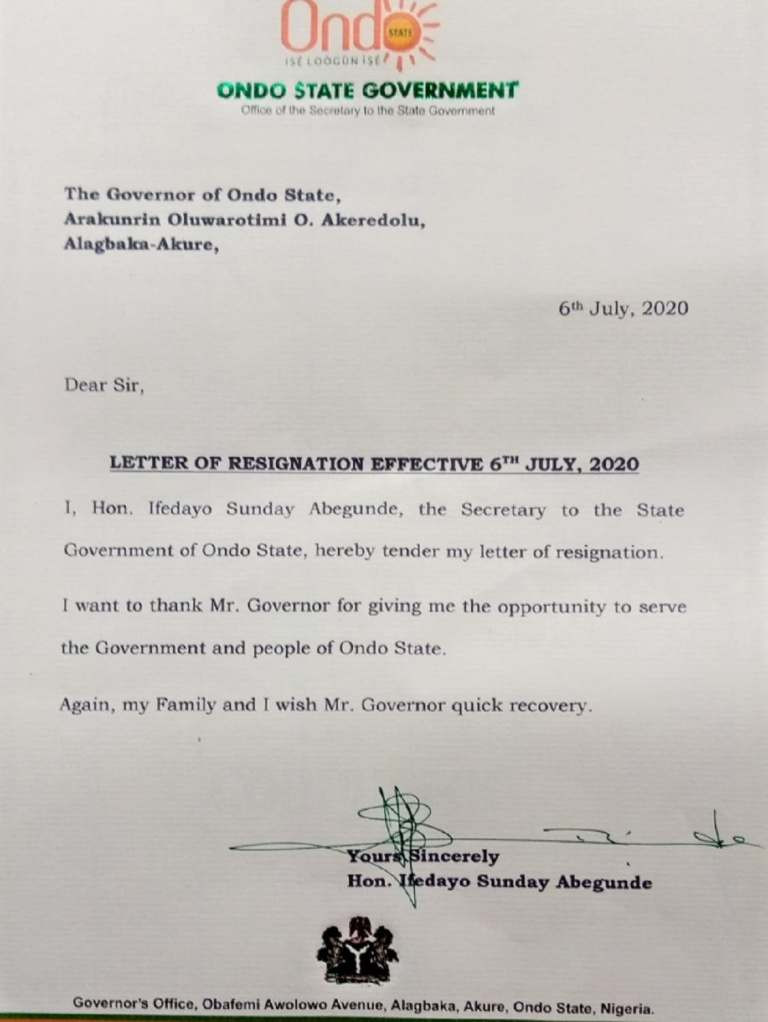 US Election : Joe Biden ignores Nancy Pelosi’s advice not to...

Edo Election : APC’s only hope is to manipulate...